GT Radial be an official sponsor for "Suzuki AFF Cup" 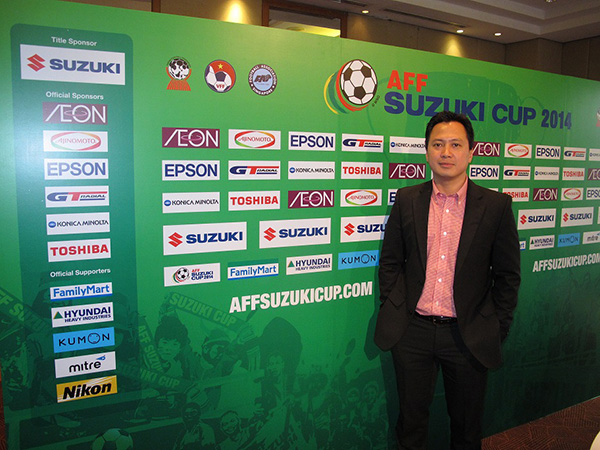 Leonard Gozali as Brand Manager GT Radial
GT Radial as a national pride tires that produced by PT Gajah Tunggal, become the official sponsor of Suzuki AFF Cup 2014 for the second times. Suzuki AFF Cup is an international football event between the countries in South East Asian region and organized by the Asean Football Federation (AFF). The event that held every two years will be held from November 22th until December 20th, 2014.

Eight team will compete for the Suzuki AFF Cup trophy, where the top of two teams from the qualifying round will join the top six Asean countries, such as: Singapore, Indonesia, Malaysia, Phillipines, Thailand, and Vietnam. The qualifying session will be held on 12th-20th October 2014 in Laos. Brunei Darussalam, Cambodia, Myanmar, and Timor Leste will compete with Laos as the host in half competition formation to grab the top of two spots in the final round.

Singapore and Vietnam was chosen to be a host in a group stage matches, where the winner of the each group will go into semi-finals. The semi-finals will be held with the home and away system, the matches will be implemeted in each country on 6 until 20 December 2014.

Leonard Gozali as Brand Manager GT Radial, proudly stated that its such an honour that the local Indonesian tires can support the international football matches event, “Football is a fun sport and enjoyed by many people. AFF Cup 2014 is the most prestigious football event that can raise Indonesia football team prestige. Moreover, we use this moment to strengthen the GT Radial brand equity that was already go international especially in Asean”, he said.